Our program provides a rigorous college-prep education informed by the performing arts.

DECLARATION OF AN ASA STUDENT AND GRADUATE:

ASA’s college preparatory-level instruction on government, history, law, and democracy develops civic-minded students who become role models in their communities and stewards of good citizenship. In-class discussions on current local, national and international issues ignite curiosity in students about the world and self-reflection about their place within it. ASA students are active in school governance and the democratic process and take advantage of extra-curricular opportunities to engage with ASA and the community. They have a passion for making a difference.

In fact, ASA has been recognized with multiple Arizona Civic Engagement School of Excellence awards since 2013, a credit to the great community-minded thinkers of ASA.

In addition to their more than 200 required school performances produced from their class study, ASA students are a recognizable and valued part of the downtown arts community. They seek out opportunities beyond the school gates to engage as independent artists, arts supporters, advocates, volunteers, and leaders. Already, they are setting a pathway to becoming the Valley’s future artists, audience, and patrons.

Combine the boost of an arts education and an academic curriculum that stimulates critical thinking with motivated, passionate, curious, and thoughtful young people, and the stage is set for a life of opportunity and success, as they define it! 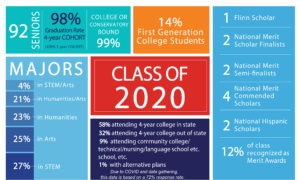